The art world is becoming more and more of a vanity fairground for the rich and powerful. While 1% of the art world is busily stocking up on valuable pieces and placing them in tax-free storage, we often forget that 99% of ordinary people still take art to their hearts. They love it and want to create, promote, enjoy and live with this art. The art world might have become democratised enough to allow public museums to exist, but collecting remains an aristocratic privilege, unless you are intelligent and persistent enough to sacrifice your other desires for the one thing called ART, like both Mr. Daisuke Miyatsu and Mr. Herbert Vogel do.

The original text of this interview was published at COBO Social on 6 May 2016. Courtesy of COBO Social.

During the Art Basel Hong Kong week, the Collectors’ Contemporary Collaboration at Hong Kong Arts Centre features 7 private collections from Japan. Curated by Fumio Nanjo and Roger McDonald, the exhibition group of Keita Arisawa, Daisuke Miyatsu, Yoshiko Mori, Takeo Obayashi, Atom Suematsu, Ryutaro Takahashi, Seiichi Yoshino are the most representative of contemporary Japanese art collectors. As collectors, they have played crucial roles in the development of the Japanese contemporary art scene, not only because of their collections, but also through their committed effort in promoting and developing Japanese contemporary art.

We met up for a chat with the legendary collector Mr. Daisuke Miyatsu, who is an ordinary salaryman, about his collecting experience. Over a period of 22 years, Mr. Miyatsu has used just his salary as an office worker to collect more than 300 contemporary art works and describes his desire to own an art piece as a desire to marry the person you love “because you want to see her at home every day”.

Do art fairs form part of your collecting ritual, and what are you observations of the fairs in Asia?

I started my collection more than 20 years ago when I went to art fairs in Europe and America. I tried to follow the collectors’ program, but the problem was that there were only white collectors and so Asian collectors were rarely spotted at the fairs. Now we make up 30%-40% of the art market. In other words, Asian people own a third of the market. For me, the era of Asia has arrived.

I have been focusing on Asian contemporary art for the last ten years. About 10 or 15 years ago, it was very difficult to identify a good artist in Asian countries because there were only a few channels that showed their work. Now it’s very easy to find good artists as they are being shown everywhere. For example, the most famous galleries in China were owned and directed by Westerners a decade ago. Now there are many more galleries that are directed by Chinese people who live in China or overseas.

The story is different in Japan because the contemporary art market there is much smaller than in other Asian countries. Twenty years ago, when the Japanese economy was strong, most big Japanese collectors wanted classic, so-called ‘trophy’ works, such as those by French modernist painters. But Asian collectors are now collecting art from their own region and trying to understand the value of their own culture.  That’s the big difference between Japan 20 years ago and Asian countries today.

I have been very focused on new media for the past 20 years ago, and for me Tony Oursler’s projection work on the dolls in 1994 was the first collected work of new media. Since then, I have been very focused on video art and new media. This is because most collectors still want to have paintings. Great paintings are very difficult to get because they are unique and the prices are high. It is easier to get a great piece of video or new media because they are produced in editions. Nobody wanted to collect such new media art ten years ago, except for museums and institutions, which meant there was a very good chance for me, as just an ordinary person living off his salary, and I can still get a museum piece or masterpiece at a very reasonable price. Many collectors also want to collect video and new media now, as the art is very powerful and beautiful.

There are companies in Japan now that help artists to produce large-scale installation works. Some artists also have a workshop and employ students and assistants, like Andy Warhol’s factory did. Murakami Takashi has the Kaikai Kiki but their scale is so big they are just like a company. There is a new division of labour format in art production as well, as there are some people who conceive good concepts and some people who are very focused on technological development, and some technical assistants who are very focused on installation skills. This can all combine together because they are companies. Murakami is a great artist who has many interesting ideas and his studio operates like a company with over 50 staff members. This is a very new style. Everyone is specialising in one area or process. It’s very Japanese in style, so the companies who are creating the artwork in the digital field also operate in a Japanese style.

The first and second generation of famous artists in Taiwan were trained overseas and they are now art school professors. They have very advanced digital devices production companies, which are very up and coming internationally. So it’s very easy to get great devices that are cheaply created. Artists can also collaborate with these companies in order to produces devices for their work. So the younger generation of Taiwanese artists are very up and coming in the digital field. In Asia, I think there is a very good balance and harmony in the way that they combine to create digital and new media art.

There are also lots of programmes for the new media and digital art world, as the technology is always evolving. So the aspect is now 16×9, but a few years ago it was 4×3. That’s the difficult part for those who collect new media. But I think it’s okay if the concept of the work is very strong and the technology old fashioned.

We saw a video work by Chim↑Pom in the exhibition, would you like to say a few words about them? I met them last year at the Art Stage and they were a very impressive team.

They are an artist collective, which is a very different way for companies and individual artists to work. They are also very performative. Some of their works are very political, as they did a project about the atomic bomb dropped on Hiroshima. They also went into places very, very close to the nuclear power station in Fukushima just after 3/11 had taken place. But their style is not serious. It is very changeable and sometimes very comedic and very punk in spirit, and I love that. So it’s very Japanese, but not Japanese at the same time, as it doesn’t have a domestic Japanese style. You could say they are two different parts in the mixture. After every different artwork, they always try a different approach to create their work.

You started collecting video 20 years ago. Are you collecting digital art or internet art which is more immaterial? Are you into both of these art forms?

I am also very interested in internet art. For me, it’s not important whether artwork is an object or not. It can be an object, but it can also just be a certificate. Sometimes the price of internet art can go high, which is difficult for me, just like paper work.

Talking about prices, we heard about the incredible story of you building up an impressive art collection with just your salary. You are still a collector, despite the soaring prices of the art market. How is it possible today to collect art with just your salary and what are your tricks?

Yes, it is very simple. I always tell “young” collectors that the most important thing is to trust yourself when collecting good artworks because we human beings are not so strong. You always hear people say, as their heart beats fast, “Oh, he is a very good artist, but he is very young and the price is okay. Now this is a chance.” However, if the piece does not excite me, I don’t buy it.

So what excites you nowadays?

There is a Singaporean video artist represented by ShanghART Gallery. His name is Robert Zhao Renhui. I bought his work many, many years ago from Lorenzo when he showed his work in Singapore, early in the artist’s career. But his prices went up very fast. So it’s still possible, but you have to buy early.

I have one last question. What motivates you to collect art?

My motivation? I don’t know, because I love art very much and also… Okay, contemporary art suggests to me what the world is now. Before I collected contemporary art, I didn’t know how to know the world. When it came to the newspapers and TV news, some of the papers were a little bit right wing and the others a little bit left wing, so I didn’t know what the truth was. But after meeting contemporary artists… my favourite artists gather messages through the artwork they create – so that is the very truth of the world for me. Also, I think the great artworks open my eyes more and make my thinking deeper about everything. That’s a very big thing in collecting contemporary art, I think. Seeing art is enough sometimes. It’s like if I meet a beautiful lady, I want to go to dinner with her, be her boyfriend and then marry her. It’s the same with artworks. It is just… how do I explain? It’s more than just being a friend. It’s just like a marriage, I think, you want to live with her, you want to see her everyday! 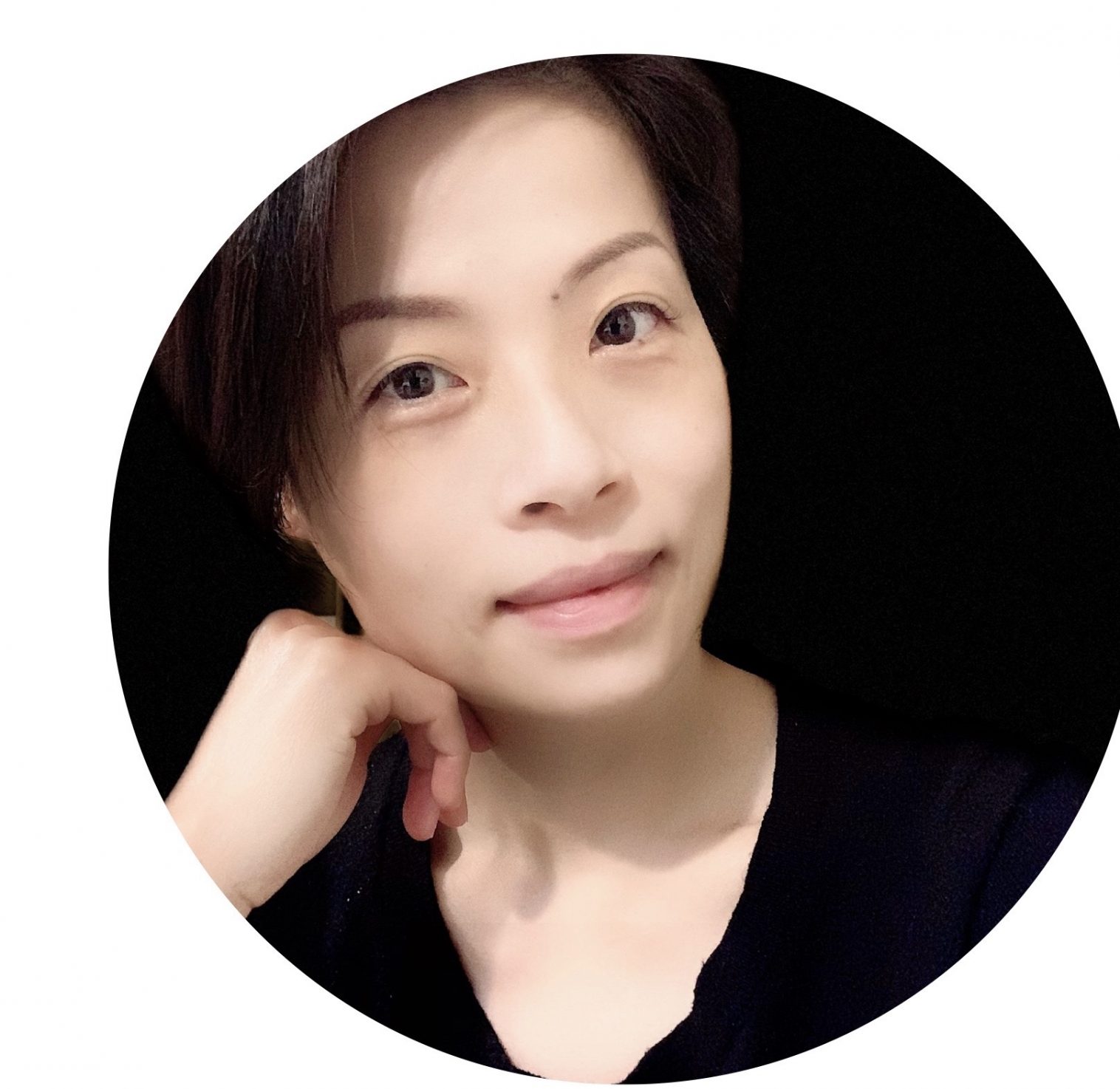